Tottenham have sacked manager Mauricio Pochettino after five years in charge of the Premier League club. Spurs have made a…

Tottenham have sacked manager Mauricio Pochettino after five years in charge of the Premier League club.

Spurs have made a disappointing start to the current campaign and are 14th in the Premier League.

“We were extremely reluctant to make this change. It is not a decision the board has taken lightly, nor in haste,” said Spurs chairman Daniel Levy.

“Regrettably domestic results at the end of last season and beginning of this season have been extremely disappointing.

“It falls on the board to make the difficult decisions – this one made more so given the many memorable moments we have had with Mauricio and his coaching staff – but we do so in the club’s best interests.”

Pochettino was appointed in May 2014 and led the club to the Champions League final last season, where they lost to Liverpool in Madrid.

Tottenham said in a statement that they would provide an update on new coaching staff “in due course”.

I can’t thank this man enough. He’s taught me so much and I’m so grateful for everything he’s done for me. Good luck and hope to see you again my friend. 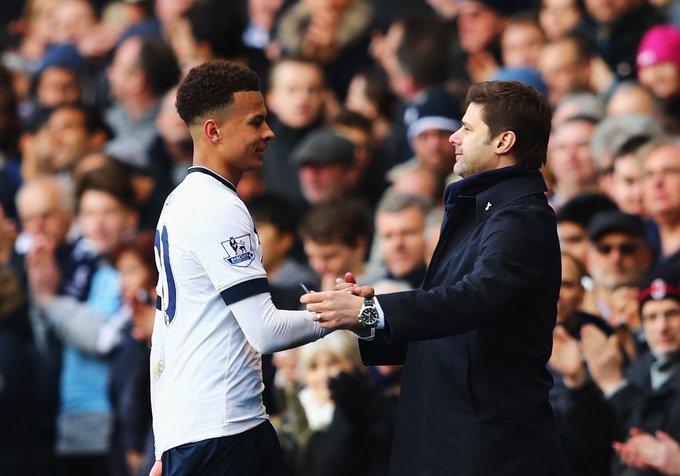 Former Southampton boss Pochettino guided Tottenham to the League Cup final in his first full season while two third-placed finishes sandwiched a runners-up spot in the Premier League in 2017.

As well as leading Spurs to a runners-up finish in last season’s Champions League he also took them to fourth in the league, although they did only manage to win three of their final 12 league games.

He also had to contend with playing home games at Wembley for 18 months while the club’s new ground was built and his impressive results despite this led to links with Real Madrid and Manchester United.

However, Spurs have failed to build on the promise of recent seasons this term. As well as their disappointing league form, they were knocked out of the League Cup by League Two side Colchester and hammered 7-2 at home by Bayern Munich in the Champions League.

Mauricio Pochettino has been sacked by @SpursOfficial. He helped the club to punch massively above their weight for years. Good luck with finding a better replacement….ain’t gonna happen.

“Mauricio and his coaching staff will always be part of our history,” added Levy.

“I have the utmost admiration for the manner in which he dealt with the difficult times away from a home ground whilst we built the new stadium and for the warmth and positivity he brought to us. I should like to thank him and his coaching staff for all they have contributed. They will always be welcome here.

“We have a talented squad. We need to re-energise and look to deliver a positive season for our supporters.”

Barcelona went level on points with La Liga leaders Real Madrid after grinding out a narrow win over Getafe.

Tottenham overcame Manchester City in a classic encounter at Etihad Stadium to reach the last four of the Champions League for the first time.

warns against complacency after permanent appointment

Manchester City owners in record valuation after US investment