Mr Trudeau called for a full and thorough investigation into the crash, which killed all 176 people on board.

Iran has ruled out a missile strike by its air defences.

CBS News quoted US intelligence sources as saying a satellite detected infrared “blips” of two missile launches, followed by another blip of an explosion.

US President Donald Trump said on Thursday that he had “suspicions” about what happened to the plane.

Amid tensions heightened by the US killing of top Iranian general Qasem Soleimani on 3 January, Iran has said it will not hand over the recovered black box flight recorders to Boeing, the plane’s manufacturer, or to the US.

Under global aviation rules Iran has the right to lead the investigation, but manufacturers are typically involved.

What does US media report?

In separate reports, CBS News and Newsweek said US and Iraqi intelligence officials were confident the Ukrainian plane was brought down by a missile fired by Iran.

CBS published a brief report on Twitter. It said this information was based on US intelligence, which sources said picked up signals of a radar being turned on.

NEW: “CBS News has learned U.S. officials are confident that Iran shot down a Ukrainian jetliner in the hours after the Iranian missile attack on U.S. targets. 176 people were killed, including at least 63 Canadians.” https://cbsn.ws/2tFiyOK 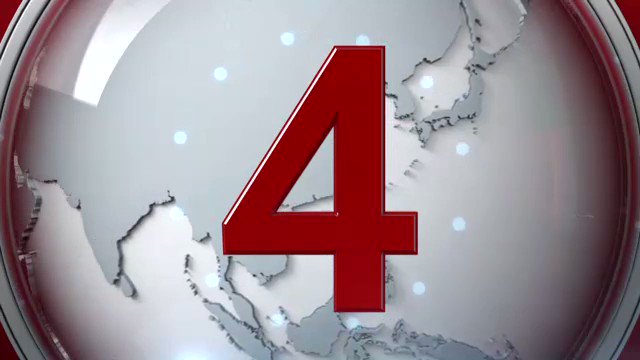 857 people are talking about this
Report

Meanwhile, Newsweek quoted US and Iraqi officials as saying they believed the aircraft was hit by a Russia-built Tor M-1 surface-to-air missile system.

It quoted sources as saying that Iran’s anti-aircraft systems were probably active following its attacks on the US airbases.

The Pentagon has so far made no public comment on the issue.

Meanwhile, when asked what he thought had happened to the plane, President Trump answered: “I have my suspicions. It’s a tragic thing when I see that, it’s a tragic thing. But somebody could have made a mistake on the other side.

“Some people say it was mechanical. I personally, I don’t think that’s even a question, personally. So we’ll see what happens.

Earlier on Thursday, Oleksiy Danylov, the secretary of Ukraine’s security and defence council, said in a Facebook post (in Ukrainian) that three four main possible crash causes were being considered:

Mr Danylov said Ukrainian investigators, who are already in Iran, wanted to search for possible debris from a missile at the site of the crash. Iran is known to have Russian missile defence systems.

The UK government said it was urgently looking into reports that the Ukrainian plane may have been shot down.

What does Iran say?

Iran’s Civil Aviation Organisation (CAOI) chief Ali Abedzadeh said: “The plane, which was initially headed west to leave the airport zone, turned right following a problem and was headed back to the airport at the moment of the crash.”

Mr Abedzadeh added that witnesses saw the plane “on fire” before the crash, and that pilots had not made any distress calls before trying to return to Imam Khomeini airport.

“Several domestic and foreign flights were flying in Iranian space at the same altitude of 8,000ft (2,400m). The issue of the missile’s impact on the aircraft cannot be true in any way,” he said.

Mr Abedzadeh said the initial findings had been sent to Ukraine and the US, where Boeing has its headquarters.

He was earlier quoted as saying that “terrorism” had played no role in the crash.

Sweden and Canada had also been sent the findings, as their nationals were on board, he added.

‘This would be an extraordinary error’

A pattern of disturbing indications is emerging suggesting that Flight PS752 may well have been shot down by mistake by Iran’s own air defences.

While it is not unprecedented for air defence systems in conflict zones to shoot down airliners, this would be an extraordinary error.

The aircraft had only just taken off from an international airport; it was a scheduled flight; and it should easily have been recognisable.

However, precisely what the operators of the Russian-supplied, Soviet-era Tor – or SA-15/Gauntlet system as it is known by Nato – would have seen is unclear.

All this is hugely embarrassing for the Iranian authorities and is only going to complicate the politics involved in getting to the bottom of this tragedy.

Ukraine and Iran must co-operate in the investigation.

A third country may be needed to analyse the data recorders carried by the doomed aircraft. The plane’s manufacturer – Boeing – will have an interest, though the Iranians are publicly saying that there will be no US involvement.

Who is investigating the crash?

Normally, the US National Transportation Safety Board would have a role to play in any international investigations involving US-made Boeings. But the board must act with permission and in accordance with legislation of the foreign country concerned.

In comments published by Iran’s Mehr news agency, Mr Abedzadeh, said: “We will not give the black box to the manufacturer and the Americans.

“This accident will be investigated by Iran’s aviation organisation, but the Ukrainians can also be present,” he added.

Mr Abedzadeh said it was not yet clear which country would analyse the black boxes – a cockpit voice recorder and flight data recorder.

Ukrainian President Volodymyr Zelensky earlier said that “a thorough and independent investigation will be conducted in accordance with international law”, and that he would speak to Iranian leaders to step up co-operation in investigating the crash.

Ukraine is observing a day of national mourning on Thursday.

Boeing said it was “ready to assist in any way needed”, while Canadian Prime Minister Justin Trudeau said his country expected to have a role in the investigation and had offered technical assistance.

What do we know?

Ukraine International Airlines flight PS752 to Kyiv had 167 passengers and nine Ukrainian crew on board.

The majority of passengers were from Iran and Canada.

Ukraine’s Tehran embassy initially blamed engine failure but later removed the statement, saying any comment regarding the cause of the accident prior to a commission’s inquiry was not official.

There was good visibility when the plane went down near Iran’s capital, according to the Flightradar24 aviation website. Officials from the airline said the crew were experienced.

Who was on board?

But the German government later said “we currently have no knowledge that German citizens are among the victims of the plane crash in Iran”.

Iran’s head of emergency operations said 147 of the victims were Iranian. That would suggest that 65 of the foreign nationals had dual nationalities. The Ukrainian airline gave a helpline number for further information about passengers: +38-044-581-50-19.

Mr Trudeau said 138 passengers on the flight were en route to Canada via Kyiv.

“All people who won’t be coming home to their parents, their friends, their colleagues or their family,” he said. “All had so much potential, so much life ahead of them.”

widegram company is a media and classified brand and all our staff are here 247 to display the news all over the world....
Previous Why we established Amotekun — South West governors
Next Billionaire launches search for girlfriend to take on trip around the moon